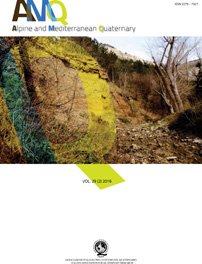 This research aims to investigate the large mammal faunal dynamics in SW Europe during the late Early Pleistocene. At that time, the climate forcing known as Mid-Pleistocene Revolution (MPR) induced deep, more or less gradual alterations and latitudinal displacements in European terrestrial biomes and exerted great influence on dispersal and dispersion of mammalian species. Large mammals did not generally move in multi-species waves of dispersal, rather each species changed its range depending on the suitability of environmental conditions in respect to its own environmental tolerances and ecological flexibility. Factors driving the remodelling of the range of a taxon, and time and mode of its dispersal and diffusion into SW Europe differed from species to species as from one territory to another, leading to diachronicity/asynchronicity in local first appearances/lowest local stratigraphical occurrences. As a result, correlations and biochronological assessments of local faunal assemblages may be difficult especially when firm chronological constraints are unavailable. Whether the peculiar composition of the late Early Pleistocene fauna, characterised by the persistence of some Villafranchian species and discrete new appearances of some taxa that will persiste during the Middle Pleistocene, may be indicative of any high rank biochronological unit is discussed. Evidence from SW Europe suggests that the chronological range of the so-called Epivillafranchian biochronological unit (whatever its biochronological rank could be) may span from about 1.5 (i.e. Lowest local Stratigraphical Occurrence, LlSO datum, of, among others, Homo, Xenocyon lycaonoides, Canis ex gr. C. mosbachensis, Megantereon whitei, advanced stenonoid horses, Praemegaceros, Bison) and about 0.85 Ma (i.e. Highest local Stratigraphical Occurrence, HlSO datum, of X. lycaonoides, M. whitei, P. pardoides). The biochronological unit would tentatively correspond from a biostratigraphical point of view to a virtual “range-zone”, i.e. the hypothetical body of strata representing the known stratigraphical occurrence in W Europe of X. lycaonoides-M. whitei. Nonetheless, several factors (e.g. the confusing taxonomic treatment of some taxa, the heterogeneous consistency of the fossil record in space and time - particularly as regard the number and richness of local faunal assemblages -, taphonomical biases, and the apparent dyachronicity asynchronicity of LlSO of some species that dispersed toward Western Europe during the post-Olduvai Early Villafranchian) make it difficult any attempt to “formalise” the “Epivillafranchian biochronological unit" as a European Land Mammal Age (ELMA). All in all, several lines of reasoning suggest an informal use of the term Epivillafranchian, pending a complete revision of the Villafranchian ELMA, its subdivisions and of the rank that each subdivision may actually have.

How to Cite
Palombo, M. R. (2016). LARGE MAMMALS FAUNAL DYNAMICS IN SOUTHWESTERN EUROPE DURING THE LATE EARLY PLEISTOCENE: IMPLICATIONS FOR THE BIOCHRONOLOGICAL ASSESSMENT AND CORRELATION OF MAMMALIAN FAUNAS. Alpine and Mediterranean Quaternary, 29(2), 143–168. Retrieved from https://amq.aiqua.it/index.php/amq/article/view/102
Issue
Vol. 29 No. 2 (2016)
Section
Articles