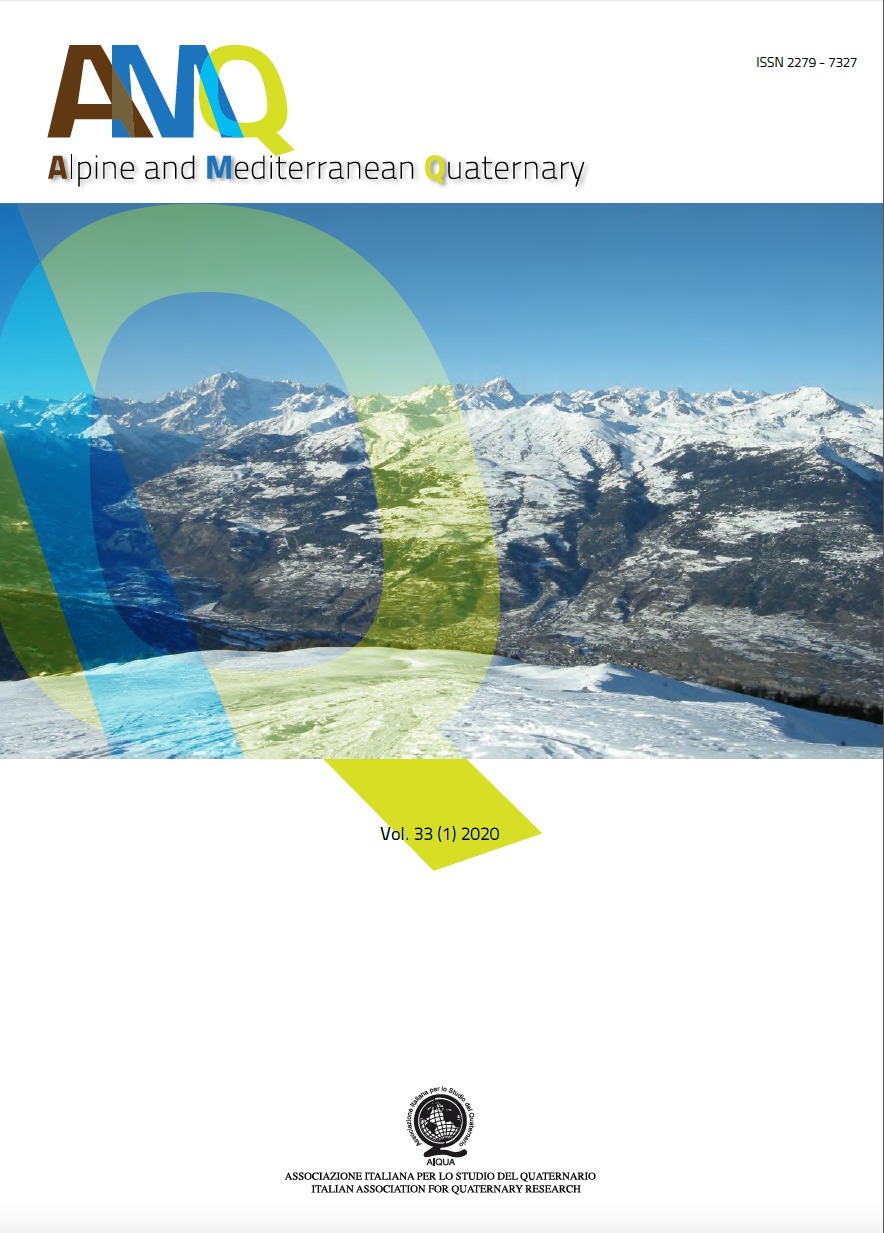 The determination and dating of the former sea level stands and the periods of their relative change, based on geomorphological (i.e. marine tidal notches and beachrocks) and archaeological indicators (i.e. fish tanks and slipway) from the Messara Gulf and Matala Bay, enabled palaeogeographic shoreline reconstruction during the Late Holocene. The total rise in the sea level by 6.60 ±0.30 m, with four intermediate sea level stands at 3.90 ±0.20 m, 2.75 ±0.20 m, 1.25 ±0.20 m and 0.50 ±0.05 m below mean sea level (b.m.s.l.), coincided with the development of a thriving civilization in the western Messara plain and the coastal zone during prehistoric and historic times. Destructive seismic events accompanied by vertical subsiding tectonic displacements between the 17th and 13th c. BC, namely the seismic sequence followed the Thera eruption in the late 17th c. BC (around 1600 BC), the 1425 BC earthquake and the seismic activity between 1225 BC and 1175 BC, brought about major changes in the socio-political and economic life of the plain and changed the sea level from 3.90 ±0.20 m to 1.25 ±0.20 m b.m.s.l. The Kommos coast, at the southern end of the Messara Gulf, was a natural shelter until the end of the 13th c. BC. When the sea level rose from 2.75 ±0.20 m to 1.25 ±0.20 m b.m.s.l., the islet protecting the shore from the strong NW winds and waves was submerged. Therefore, the comparative advantage that allowed ships to approach, temporarily anchor or be hauled onto the sandy beach was eliminated. After the abandonment of Kommos, the harbour site of the Messara plain moved to the neighbouring Matala Bay, which was thenceforth the gateway to the sea of Roman Gortyn. Between the 1st and 4th c. AD with the sea level stable at 1.25 ±0.20 m b.m.s.l., several productive activities flourished there, such as fishing, fish processing and conservation, salt harvesting, shipbuilding and quarrying. In the AD 1604 earthquake, the Matala coast submerged by 0.75 m. The sea level remained at 0.50 ±0.05 m b.m.s.l. for a short time span and at some time before 1924 rose to its current stand.